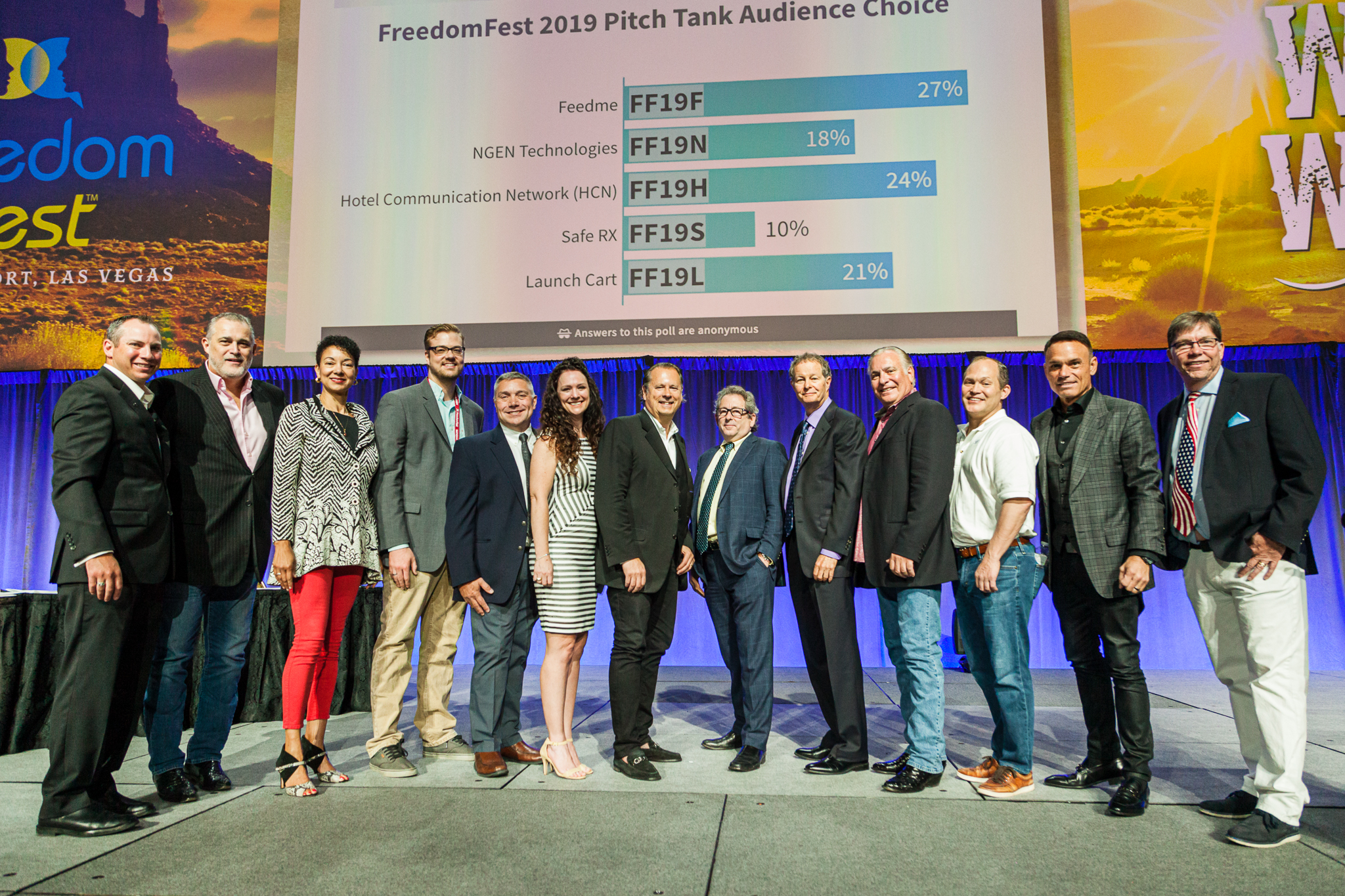 Feedme officially releases by invitation in late July and is being called the internet’s first “superfeed” because it delivers all the public content its users desire—from brands, public influencers, celebrities, publishers, social posts—everything in a single app that they completely control, no hidden algorithms deciding what they can see or not see.

“It’s how the Internet should have been organized in the first place,” Feedme President Patrick Brown told investors in pitch sessions. “With your own personal superfeed, you are assured that no platform (like Google, Twitter, Facebook) throttles you ever again.”

After Feedme bested two other technology and two product-related finalists in the Pitch Tank competition, investors rushed to join the seed round before it closes.

Excitement for Feedme was further driven when conference attendees learned that businessman and presidential candidate Herman Cain had just flown in from a White House Summit on Social Media. There, President Trump asked all assembled for a solution to the online network news suppression, blacklisting, shadow banning and demonetizing that has slammed so many news providers and content creators while leaving seven in ten Americans (Pew) distrusting online platforms. None of those assembled could offer a solution. “That’s why,” Mr. Cain said, “I am investing in Feedme.”

FreedomFest is a long-running libertarian conference and the Feedme message was most welcome by publishers, and news junkies as well, who have been frustrated by Big Tech’s business tactics. But the message is apolitical. Feedme is designed to give every user access to the content they want, and control over what they see in their feeds. So it will be a message welcomed by all.

Sign up to preview Feedme at the end of July at www.feedme.app.