Feedme is the Solution to Big Tech Suppression 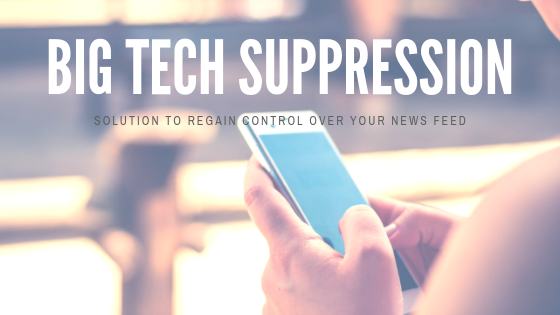 Feedme is the Solution to Big Tech Suppression

Remember when you woke up, opened the newspaper and enjoyed your morning coffee. It was such a simple time. You flipped to the sports section and knew you were seeing the same news as everyone on the block. But now those days are gone. Two-thirds of Americans rely on social media to get their news, and over time, two giants have dominated online news and taken control over almost everything people see.

Today there are more than 2.2 billion Facebook users and people submit over 3.2 billion Google searches per day. Many of these people think they are getting unbiased news feed and search results regarding the issues they care about. However, in the past decade sites with certain political affiliations have been banned or blacklisted, and algorithms have been manipulated to suppress news from these sources. As a result, Americans are not seeing both sides of the political scene which contradicts exactly what the United States was founded on. The ability of both sides to be heard is crucial for Americans to vote righteously for their country. With over two-thirds of Americans being unconsciously manipulated by the very sources they trust to give them the news, is it possible for this country to sensibly decide what is best?

To combat this issue, a new revolutionary app has been created called Feedme. Feedme allows users to easily create and adjust their own algorithm ensuring that people see exactly the content they want to see without big tech filtering. This free app brings users’ accounts from Facebook, Twitter, YouTube, and other platforms all into one convenient superfeed.